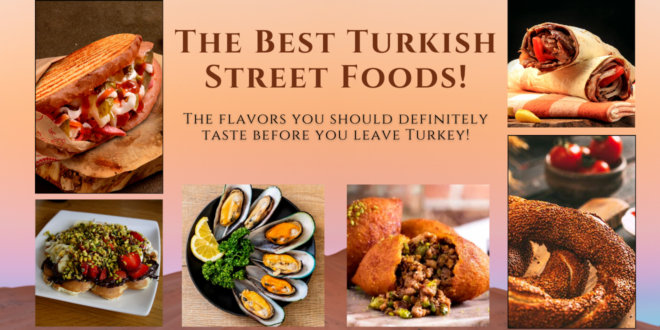 The Best Turkish Street Foods You Must Taste in Turkey!

What is the Best Turkish Street Food?

Turkish street foods is only a small summary of the famous Turkish cuisine. Turkish cuisine is one of the richest cuisines in the world with the most variety of dishes. The Turkish food culture, which developed with the Ottoman palace cuisine, has led to the emergence of many famous dishes today. The fact that food travelers, who have appeared on Youtube recently, prefer Turkish street food very often, attracting the attention of many people and increasing their appetite. Today we will share with you the best street food of Turkey.

List of the Best Turkish Street Foods That You Must Taste When You Go to Turkey!

You can see the street flavors that Turkish people consume and love most in their daily life in the list below. You can find almost all of the street delicacies here in Istanbul. Therefore, if you are looking for the best street food in Istanbul, this list is for you. I hope you will like it.

It is a type of bagel that is crispy on the outside and sesame on the inside and soft on the inside. You will love the well-fried crispy Turkish bagel with lots of sesame seeds, which is one of the indispensables of Turkish breakfast.

It is formed by cooking the marinated chicken or meat by rotating it on a platform and adding greens to it and wrapping it in lavash bread. It is one of the most well-known Turkish street food in the world. You can find Turkish doner kebab in almost every city in Europe. It is one of the most preferred fast foods in Turkey and Europe.

Tantuni, a type of meat wrap unique to Mersin, Turkey, is perfect for filling your stomach. Small chopped meats such as parsley, tomatoes, green peppers, onions, etc. A complete wonder of taste emerges from its combination with Tantuni, which contains both meat and tail fat, is preferred with delicious spices and spicy turnip or pickle juice. You can find it in almost every city in Turkey.

It is among the indispensables of Turkish street foods. You can find many clerks or mussel shops in Turkey. The stuffed mussels sector, which is preferred especially in coastal cities, is quite developed in Turkey. The mussels, which are boiled by adding sauced rice, are served hot or cold, depending on demand. It is eaten by squeezing lemon on it.

There are many people who don’t like kokorec in Turkey as much as those who love it. Produced from cleaned cow intestines, kokoreç is finely chopped with different spices and cooking method and served between bread.

Kumpir is one of the indispensable street flavors of Istanbul. The ground is formed by melting terracotta and cheddar cheese in a large potato. The flavors preferred by the customer (sausage, corn, pickles, vegetables, sauces, etc.) are added on it.

Cig Kofte, which is normally made by kneading fine bulgur, paprika, finely chopped raw meat, and various spices, is a flavor you can often encounter on the street, mostly without meat. Those made with meat can only be found in Eastern Turkey. Add pomegranate syrup or squeeze lemon into it. It is served both in the form of wraps and on a plate. It has a very different aroma compared to other Turkish street foods. It is generally preferred with Ayran, a cold drink made with Turkish yogurt and salt.

Fish and bread are especially famous in Istanbul’s Eminönü district. Fishermen’s stalls built on boats docked on the shore remove the bones of fresh fish and serve it with onions and greens between bread.

It is a street flavor that is among the indispensables of the winter months. It envelops you with its musk-like scent. The inside of the chestnut, which is prepared by frying, is soft. You can easily find it on Istiklal Street, especially in winter.

It is another street food made from mussels. This time, mussels are fried in oil and served with a special sauce between bread or on a plate. It is an indispensable appetizer type of raki tables, which is a drink unique to Turks. If you were to ask where to eat the best mussels and fried mussels in Istanbul, we can recommend the fish restaurants in Bakırköy and Kadıköy.

Delicious Turkish pilaf made with butter is served with chicken and chickpeas, which are thinly streaked on top. It is among the oldest Turkish street delicacies. Sometimes you can see carts selling rice. This flavor, which is served with a foamy ayran and pickles, is very popular especially in the evening hours.

Turkey has a very rich cuisine in pastries. There are many “borek” shops on the streets. You can find many types of boreks with kashar cheese, cheddar, potatoes, and spinach. Usually, a hot tea and a hot pastry are inseparable.

This hamburger, which is especially famous in Istanbul’s Taksim square, has a very different texture. The bread, which becomes soft and moist with steam, includes meatballs with sauce. It is one of the most preferred Turkish street foods, especially after drinking alcohol at night.

Kumru is a kind of sandwich unique to Izmir. Kumru is produced from a low salt dough similar to simit (Turkish bagel) dough, dipped in sesame seeds, and baked. Tomatoes, pickles, green peppers, cheese, and optional sausage and salami are added to it. Served with ketchup and mayonnaise.

Boyoz is an unleavened pastry that was introduced to Anatolian and especially İzmir cuisine by the Sephardic Jews who settled in Turkey in 1492, and is identified with İzmir’s palate. Again, it is a food unique to the city of Izmir.

Especially in the summer months, the iced almonds are made by soaking the raw almonds in hot water. After the almonds are peeled, pieces of ice are added to the side and this flavor is eaten with pleasure. Don’t be surprised when it comes to you in the summer 🙂

İcli Kofte or Kibbeh is a food made mostly in the South East of Turkey, by turning bulgur into dough and stuffing it with ground meat. You can also find it easily in the big cities in the west.

It is one of Turkey’s most popular street food. Meatballs, prepared with Turkish spices, are placed between onions and various sauces and bread and served.

It is a famous type of toast that belongs to the touristic Ayvalık coastal city in the north of Izmir. You can also find Ayvalık toast, which is prepared with special kashar cheese and sausage, sausage, salami among its thin special bread, in big cities such as Istanbul. It is one of the famous Turkish street foods.

There is no need to explain how famous Turkish ice cream is. In addition to the famous vanilla ice cream, which is produced naturally and with plenty of milk, there are many varieties produced with real fruits. Especially the ice creams of Kahramanmaraş (former name is Maras) city of Turkey are quite famous. For this reason, you can see the title “Maras” in the names of many ice cream shops. Also, we should not forget the famous jokes and shows of Turkish ice cream makers.

With its unique taste, waffles bring together many flavors. Melted chocolate varieties (cocoa, dark, white) on warm waffles, any flavors you want, banana, strawberry, kiwi, hazelnut, and others… Especially the waffles made in the Ortaköy district of Istanbul are very tasty and famous.

You can come across these desserts, which differ only in shape, with their crunchy state and plenty of syrup, on most streets, especially if you are in İzmir. You can think of the ring dessert as a bagel; both delicious and enjoyable to eat…

Although fruit paste from the Ottoman period is hard to find today, you can come across shopkeepers on the street. The paste is served by wrapping the flavors you want on a wooden stick.

Pickling is the process of keeping various vegetables and fruits in a salty, acidic solution called brine for a long time to be stored for a long time. Pickle juice, on the other hand, is a very healthy beverage obtained from these pickles, rich in vitamin C, containing beneficial bacteria, and lowering cholesterol.

Boza is a winter drink made from water and sugar. It is one of the oldest known Turkish drinks. Today, it is made in some parts of the old Ottoman geography and Central Asian geography. Boza is a beverage that is preferred especially in the winter months. Its consumption is very high, especially during Ramadan, which coincides with winter.

Especially in the south of Turkey, citrus orchards are quite famous. For this reason, you can find freshly squeezed fruit juices in almost every city in Turkey.

We shared the Best Turkey Street Food with you. You can find almost all of the street food you see here in Istanbul. That’s why we can call this list the Best Street Food of Istanbul. So, do you like Turkish street foods? Waiting for your comments. 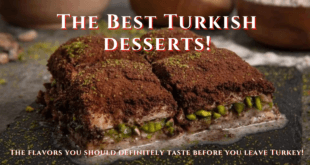 The 20 Best Turkish Desserts That Will Blow Your Mind! 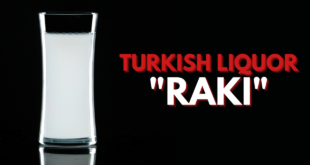 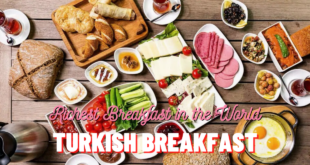 Everything About Turkish Breakfast, The Richest Breakfast In The World! 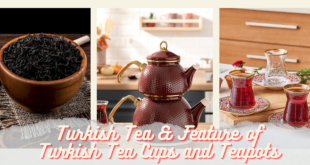