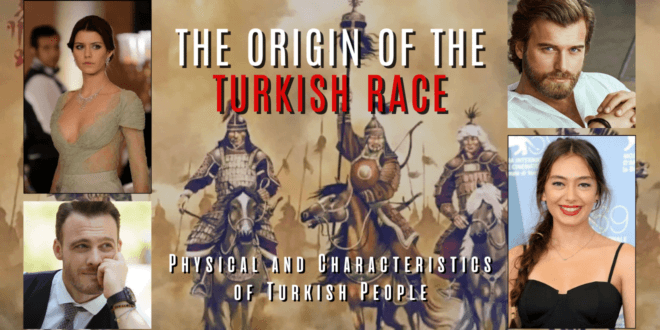 Are Turkish people Asian? It is one of the most asked questions. Let’s answer this question in detail today. Turks are a race that originated in Central Asia and speak various Turkish languages. There are more than 340 million Turks in the world and approximately one-third of this population lives in Turkey.

With the disintegration of the Soviet Union, Azerbaijan, Uzbekistan, Kazakhstan, Kyrgyzstan, and Turkmenistan gained their independence and the number of states that accepted Turkish languages as sovereign and official languages increased to seven together with Turkey and the Turkish Republic of Northern Cyprus.

The first use of the word Turk, accepted by the scientific community, was recorded in the 1st century by Roman historians named Pomponius Mela and Plinius. The people living in the east of Azov were recorded as Turcae/Tyrcae. But before that, we know the history of the Turks from the first Great Turkish Khan Tuman (Teoman) Yabgu in the 3rd century BC.

The name “Turk” (or Türuk, Török, Törk) is mentioned for the first time in Turkish documents as 𐱅𐰇𐰼𐰜 (Turk) or 𐰜𐰇𐰚:𐱅𐰇𐰼𐰜 (Kök Türük) in Kül Tigin and Bilge Kagan inscriptions. (Ancient Turkish Cuneiform) The word Turk has also come to mean strong and beautiful over time. The word Turk first becomes the name of a state through the Gokturk State and indicates its affiliation with this state.

The Turks were a race in Asia that made a living from animal husbandry, rode horses very well, and led a nomadic life. Those who emigrated to Anatolia later moved to settled life.

Migration of Turks from Central Asia

The Turks migrated to different regions due to the political pressures of the Huns along with the drought, epidemic, and increasing population. Turkish migrations refer to the expansion process of Turkish tribes in Eurasia between the 6th and 11th centuries. Turks migrated to the Caspian, Caucasus, and Crimean regions between these centuries. Starting from the 11th century, they also started to migrate to Anatolia. And so the Turks started to settle down.

Anthropological studies in the last half-century have shown that Turks are of the white race. Turks are from the Turanid branch of the Europid group, one of the four major white race groups.

Turkish hair is straight or slightly wavy. The hair color is brown or black. (It is also found in blonde and red hair.) The eyebrow arch is developed. Although the eyes are relatively small, they are not slanting as in the Mongoloid race, they are more like almond eyes. The ears are flat, small or medium in size, and flattened.

The nose is straight or eagle nose (not the big beak nose). The skin is wheat-colored. Also, white skin color is very common. The cheekbones are well developed but not overly protruding as in the Mongoloid race. The skull structure is brachycephalic. So it is wide and short. Bones are thick, muscles are developed. The stature is medium or slightly longer than the medium.

However, since the Anatolian Turks living in Turkey lived in Anatolia with many different races under the Ottoman Empire for hundreds of years, their appearances differed. Especially with the Greek and Balkan peoples, their DNA is quite mixed. Most of the rulers of the Ottoman period were of Balkan and Greek origin.

What is the Turkish People’s Religion?

The religion of the Turks in Central Asia is Tengrism, also known as the belief in Göktanri (Skygod). It is the common belief of the Turkic and Mongolian peoples before they joined their current religious beliefs. It was a kind of shamanistic religion.

However, after the Turks migrated from Central Asia, they interacted with the cultures in their geography and joined many religions. Buddhism, Judaism, and Christianity are some of them. Turks who came to Anatolia adopted Islam. Turkey, which was established after the collapse of the Ottoman Empire in Anatolia, is a secular country. The country has no official religion. However, most of the people are Muslims. There is no obligation to worship in Turkey, anyone can wear whatever they want comfortably. While this rate is reflected in the surveys at a rate of 90%, the rate of belief is very low, especially among the youth.

Turkish or Turkic language is an agglutinative language belonging to the Turkic language family, spoken in Southeast Europe and Western Asia. The language is spoken in the geography of the former Ottoman Empire, which includes Turkey, the Balkans, Aegean Islands, Cyprus, and the Middle East. Unlike languages such as German and Arabic, some of the words in Turkish, where there is no grammatical gender (masculinity, femininity, gender discrimination), are from foreign languages such as Arabic, Persian, and French. In addition, other Oghuz languages such as Azerbaijani and Turkmen show a high level of mutual intelligibility with Turkish.

Old Turkic in Central Asia was in the form of cuneiform. After the Turks who came to Anatolia converted to Islam, they switched to the Arabic alphabet. After the collapse of the Ottoman Empire, with the establishment of the Republic of Turkey, the Latin Alphabet was adopted with the Alphabet Revolution led by Mustafa Kemal Atatürk.

Who is the Most Famous Turkish Person

The most famous of the Turks, of course, is Mustafa Kemal Ataturk. Ataturk means “Father of the Turks”. So why was he called Ataturk? Mustafa Kemal was an Ottoman officer. He was also a well-educated, enlightened person who knew a lot.

After the occupation of Istanbul, the capital of the Ottoman Empire, at the end of the First World War, after the Sultan did nothing but acted together with the occupying forces, Mustafa Kemal started a secret national struggle with other officers he trusted. He started the “War of Independence” by fighting both against the Ottoman sultanate and the British, French, Italians, Greeks, Russians, and rebellious Armenian gangs who occupied Anatolia and succeeded in expelling all the enemies from Anatolia. The Ottoman Empire came to an end and the secular and democratic Republic of Turkey, whose capital was Ankara, was established.

However, Atatürk did not only drive the enemies out of Anatolia. It turned its face to the west and made the alphabet revolution, separated religion and state affairs, brought freedom of religion and expression, became one of the first countries in the world to give women the right to vote and be elected, opened many schools and universities, and went to industrialization. In short, he built modern Turkey. We will prepare a detailed article about Atatürk.

Many Christians live in Turkey. In addition, since Turkey is a secular country, there is no obstacle to celebrating Christmas. However, since the majority of the Turkish population is Muslim, they celebrate New Year’s Eve rather than Christmas. However, you can still see decorated pine trees and lights in many parts of Turkey at Christmas time. Many Christians and Muslims, especially young people, organize Christmas parties together.

I hope you found the article we prepared about the origin and characteristics of the Turks useful. Don’t forget to check out our other articles. 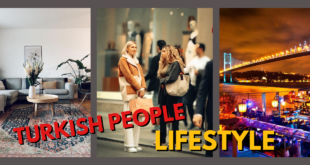 Turkish People Lifestyle In Turkey in the 21st Century! 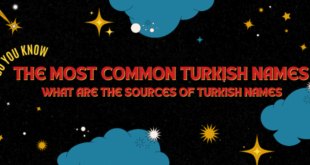 What Are The Most Common Male & Female Turkish Names ?